Yves Henri Donat Mathieu-Saint-Laurent (French pronunciation: [iv sɛ̃ lɔʁɑ̃]; 1 August 1936 – 1 June 2008), known as Yves Saint Laurent, was an Algerian-born French fashion designer, and is regarded as one of the greatest names in fashion history.In 1985, Caroline Rennolds Milbank wrote, “The most consistently celebrated and influential designer of the past twenty-five years, Yves Saint Laurent can be credited with both spurring the couture’s rise from its sixties ashes and with finally rendering ready-to-wear reputable.” He is also credited with having introduced the tuxedo suit for women and was known for his use of non-European cultural references, and non-white models.

Aristotle Onassis, the Greek ship owner, is shown with opera singer Maria Callas as they left the opera of Monte Carlo in 1960.  Right in photo is the Maharanee of Baroda. 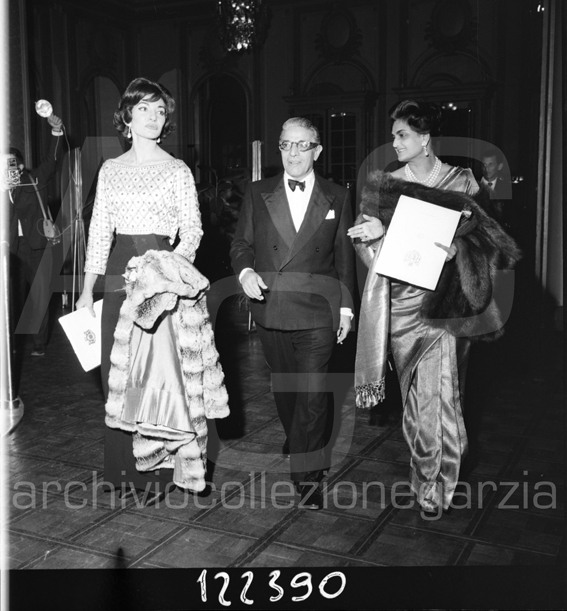