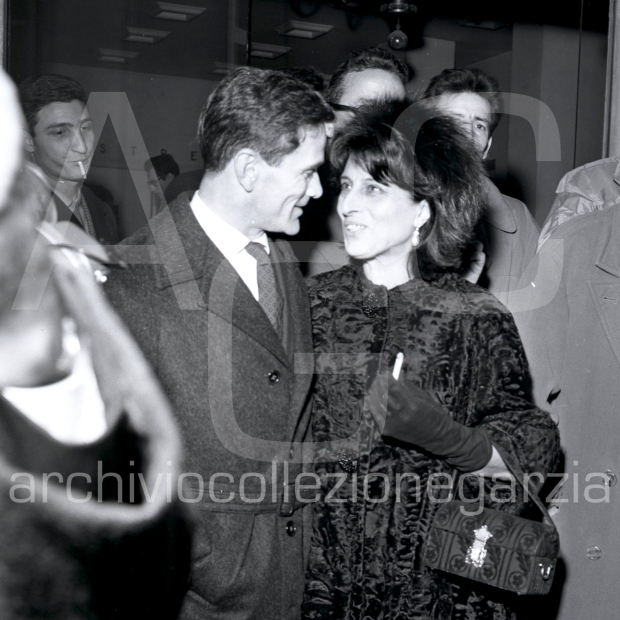 He remains a controversial personality in Italy to this day due to his blunt style and the focus of some of his works on taboo sexual matters, but he is an established major figure in European literature and cinematic arts. His murder prompted an outcry in some circles of Italy, with its circumstances continuing to be a matter of heated debate.

Anna Magnani (Italian pronunciation: [ˈanna maɲˈɲaːni]; 7 March 1908 – 26 September 1973) was an Italian stage and film actress.She won the Academy Award for Best Actress, along with four other international awards, for her portrayal of a Sicilian widow in The Rose Tattoo.

Born in Rome, she worked her way through Rome’s Academy of Dramatic Art by singing at night clubs. During her career, her only child was stricken by polio when he was 18 months old and remained crippled.

She was referred to as “La Lupa,” the “perennial toast of Rome” and a “living she-wolf symbol” of the cinema. Time magazine described her personality as “fiery”, and drama critic Harold Clurman said her acting was “volcanic”. In the realm of Italian cinema she was “passionate, fearless, and exciting,” an actress that film historian Barry Monush calls “the volcanic earth mother of all Italian cinema.”[3] Director Roberto Rossellini called her “the greatest acting genius since Eleonora Duse”. Playwright Tennessee Williams became an admirer of her acting and wrote The Rose Tattoo specifically for her to star in, a role for which she received an Oscar in 1955.

After meeting director Goffredo Alessandrini she received her first screen role in La cieca di Sorrento (The Blind Woman of Sorrento) (1934) and later achieved international fame in Rossellini’s Rome, Open City (1945), considered the first significant movie to launch the Italian neorealism movement in cinema.As an actress she became recognized for her dynamic and forceful portrayals of “earthy lower-class women” in such films as L’Amore (1948), Bellissima (1951), The Rose Tattoo (1955), The Fugitive Kind (1959) and Mamma Roma (1962). As early as 1950 Life magazine had already stated that Magnani was “one of the most impressive actresses since Garbo”.